Cyfrowy Polsat is the biggest pay-TV provider in Poland and the leading DTH platform in Europe in terms of customer base size.

Cyfrowy Polsat has its own set-top box factory which is located in Mielec [in the south-east of Poland]. We are the only operator offering own set-top box. This way we can control the STB production process and offer high quality equipment which meets our customers needs.

In January 2016 we launched to the market the latest and the most advanced set-top box offered by satellite platforms in Poland – the EVOBOX PVR. It is the 18th model of a set-top box which rolled off Cyfrowy Polsat’s production lines. 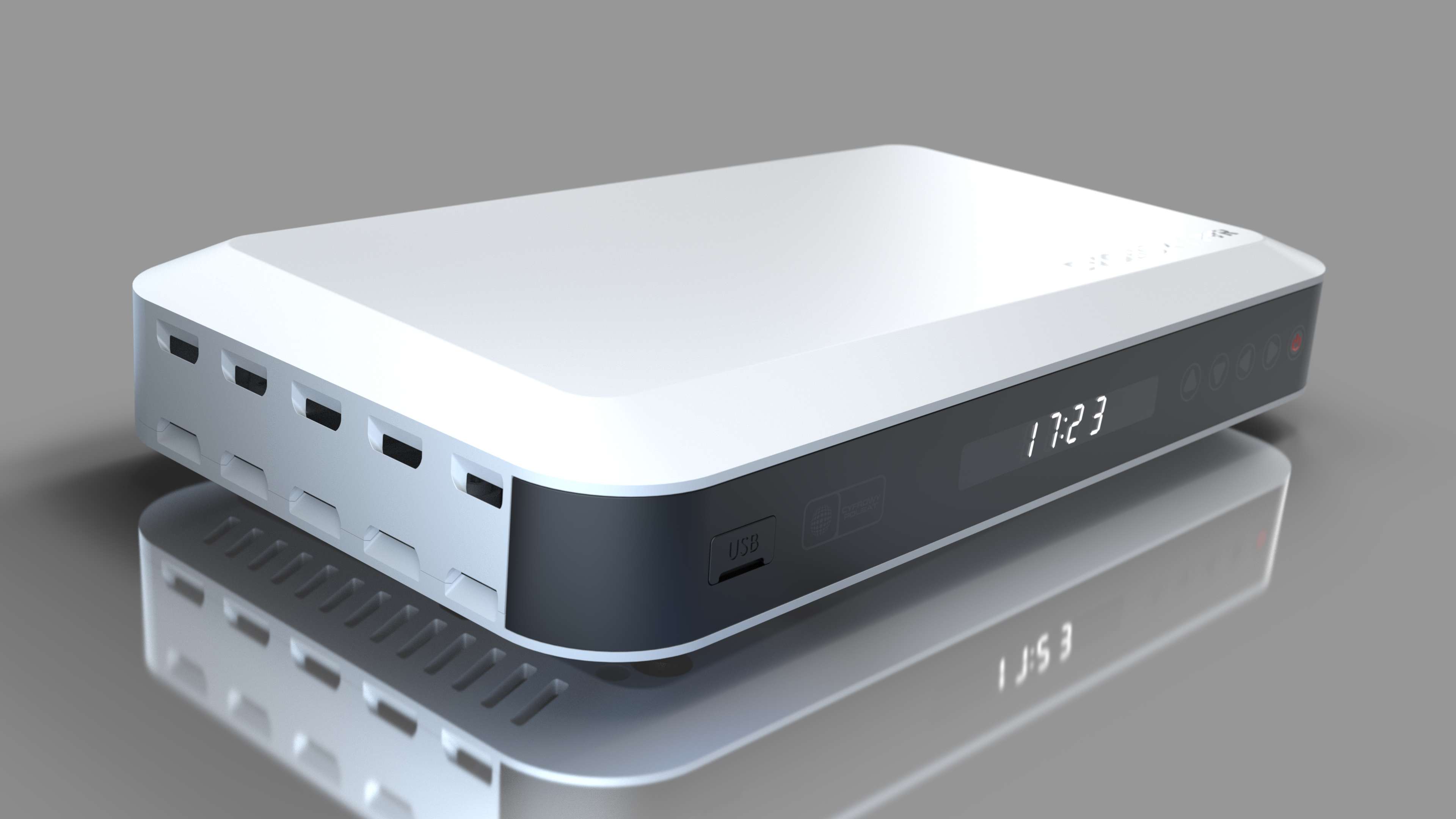 EVOBOX PVR has software which offers personalized and integrated TV experience. The STB supports recording of as many as three channels simultaneously, it is characterized by modern design, while its innovative software has been developed in cooperation with ADB. The device is more than just a classic STB and thanks to the new features it has become a home multimedia center which also enables its users to watch VOD content and on-line channels. 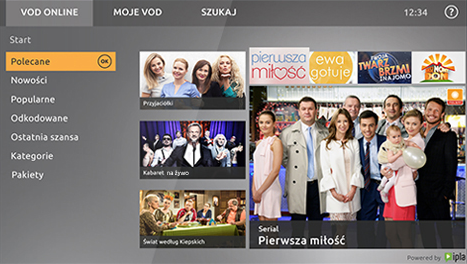 While using a connected STB, customers can also enjoy Cyfrowy Polsat GO service (an application installed on board the STB) which expands the satellite TV package by adding on-line access to the content offered on demand and the linear channels included in a subscriber’s TV package, as well as by offering access to paid and free VOD content. Thanks to this a subscriber may enjoy continous access to thousands of items from the VOD library.

In addition, while using the ON THE GO option, a subscriber also gains simultaneous access to content on 3 selected mobile devices, thus being able to watch TV not only at home but also on-the-go, at any place where Internet access is available.

Pay TV services in Poland are offered by satellite platform operators (DTH) and cable TV operators as well as through IPTV providers.

The situation on the Polish pay TV market is stable, both in terms of quantity and quality. On the one hand, growth potential is very low due to the high degree of market penetration with the services, while on the other, pay TV operators are active in increasing the loyalty of their subcribers bases by, among others, offering the increasingly popular bundling of services where pay TV is bundled with telecommunication services (Internet access, voice), or by developing and offering their proprietary OTT services to their customers, which enabale customers to watch content offered on demand on a wide range of mobile devices. As a result, the trend of merging of pay TV and telecommunication markets is gaining strength.

According to PMR forecasts, in the years 2016-2021 the pay TV market in Poland will face stagnation with slightly declining number of subscribers. This is mainly due to the high market penetration and the high saturation of the target group for terrestrial TV services with DVB-T standard services.

To attract DVB-T users, pay TV operators will diversify their offers with an aim to make them maximally unique. The factors which are of great significance in own customer base retention include:

According to PMR, in the years 2016-2021 satellite platforms will continue to be the biggest segment of pay TV market in Poland, reaching a market share of 57% (in terms of market value) by the end of the forecast period. Cable TV operators will remain the second major segment, with a market share of approximately 37% at the end of the forecast period. Despite the highest growth dynamics, the significance of IPTV services will remain low during the period, although the development of broadband access and fiber optic networks may have a positive effect on the development of this segment.

Polsat Group believes that it can significantly expand the pay TV market by adequately responding to changes in the customers’ behavior and expectations, as well as by addressing new target groups. Thanks to migration to MPEG-4 compression standard, Polsat Group is able to offer a broader range of programs to our existing and potential customers, with a simultaneous improved signal quality.

With the development of the market and technologies, the choice of devices for which we can produce and distribute television content has expanded significantly. The number of mobile devices, like laptops, tablets and smartphones, owned by customers increases rapidly. This is a prospective market segment for, inter alia, TV services. Furthermore, we see the potential for market growth in the group of Polish households equipped in more than one TV set, as well as in the low ARPU market segment. 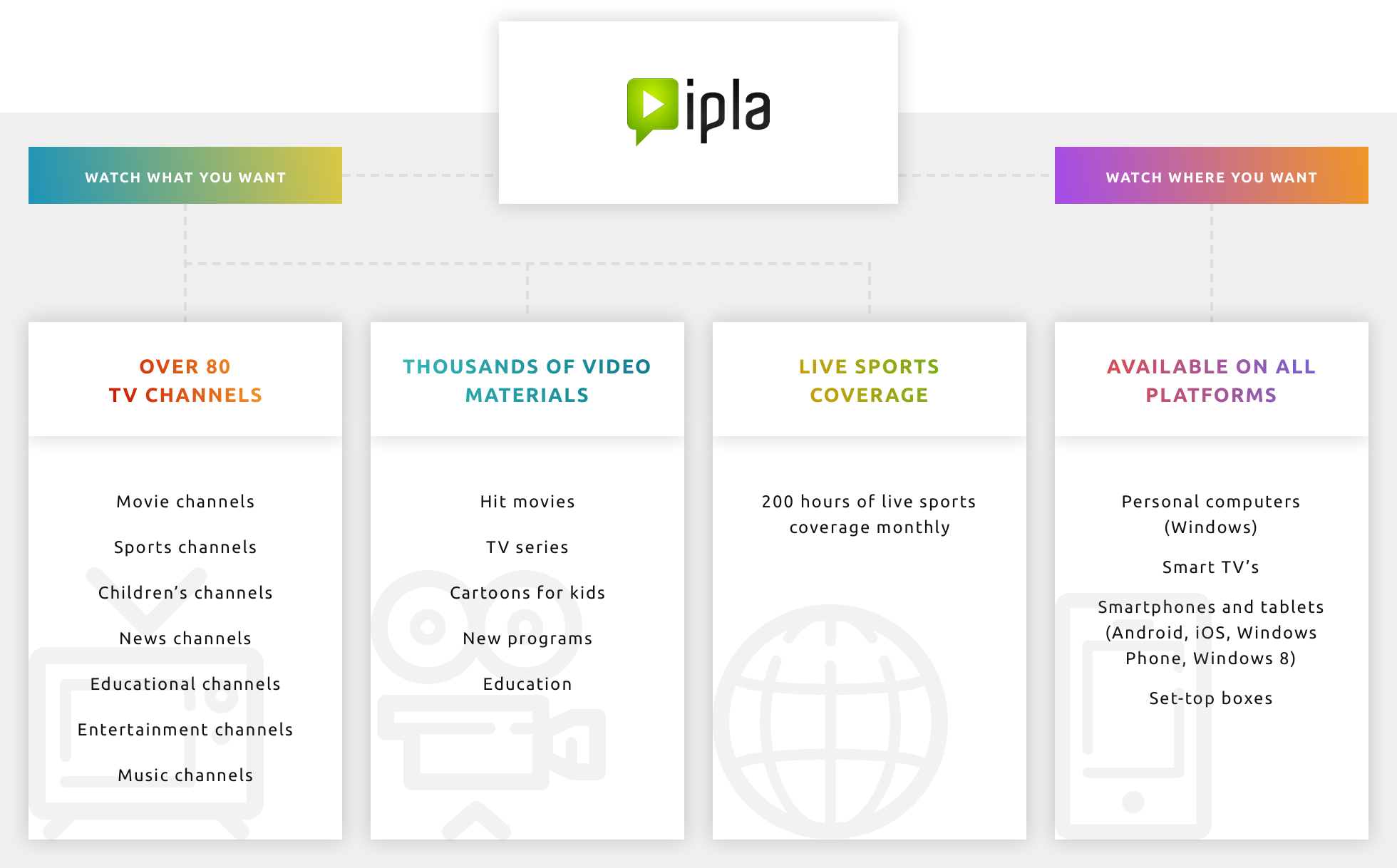 Watch what you want

IPLA is the leader of online video market in Poland, with the biggest legal base of TV content. It offers over 80 channels and several dozen thousands of VOD materials, including 147 TV series and programs from several dozen TV stations. IPLA also offers around 200 hours monthly of coverage from major sports events, news programs, several hundred movies, kids cartoons, as well as entertainment and educational programs.

IPLA content is offered in several packages: IPLA SPORT, IPLA FILMY i SERIALE (movies and TV series), IPLA DZIECI (for kids), IPLA WIEDZA and NEWS (knowledge and news), IPLA ROZRYWKA (entertainment), IPLA ELEVEN SPORTS and IPLA EXTRA. The packages can be activated for periods of 30 or 90 days. Users can also enjoy the possibility of purchasing 48-hour access for individual items.

IPLA materials can be viewed on PC’s, tablets, laptops, smartphones, smart TV’s, as well as via set-top boxes and game consoles.

In 2016 IPLA showed many new programs which make it stand out in comparison to other VOD services in Poland.

While not forgetting about deaf people and people with impaired hearing, IPLA has developed the function of subtitles and extended its library of the content with subtitles by adding further proposals from the offer of Telewizja Polsat and providing access to them at www.ipla.tv. At present www.ipla.tvseveral hundred items with subtitles are available. They marked with a special icon, which facilitates their identification, and the number these items continues to increase.