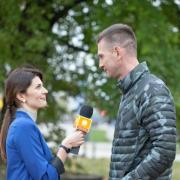 Thematic content: POLSAT airs a broad variety of movies, Polish and foreign series as well as talent shows realized based on license agreements. Sports offer has also an important place in our programming 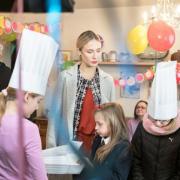 Thematic content: Reruns of programs that premiered on our other channels 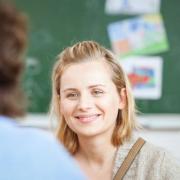 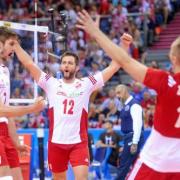 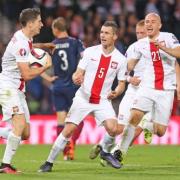 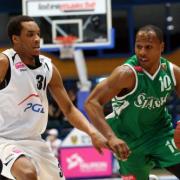 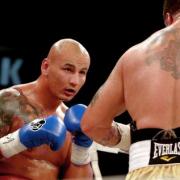 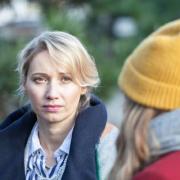 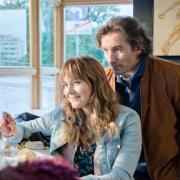 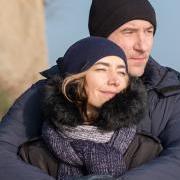 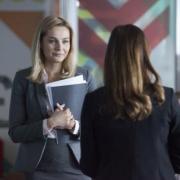 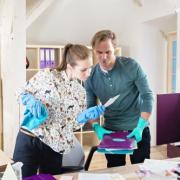 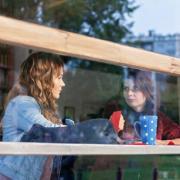 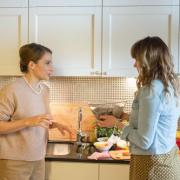 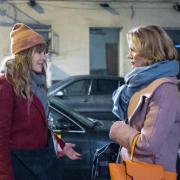 Thematic content: The latest news on the economy and financial markets

Thematic content: Documentary channel, offers historical and science programs addressed to viewers who are interested in the problems of today’s world, travel and nature 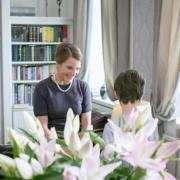 Telewizja Polsat (Polsat TV) is one of Poland’s two leading private broadcasters in terms of both audience and advertising market shares. In 2016, our main channel POLSAT had an all-day audience share of 13.23%, which was the best result on the market. Average annual technical coverage was 99.9%. Our thematic channels had an 11.6% combined audience share.

As at the date of approval of this Report, the Group’s portfolio comprised 24 channels, including 14 HD. The channels we broadcast include entertainment, sports, news, music, lifestyle, movie and children’s channels. Our channels are available via cable and satellite. Three channels we offer, which are part of MUX-2, i.e. Polsat Sport News (renamed Super Polsat from January 2, 2017), TV4 and TV6 are available as terrestrial channels. Polsat, the Group’s main station which is also delivered via MUX, competes with such nationwide channels as TVN, TVP1 and TVP2 as well as with some smaller channels available via DVB-T.

Polsat’s fine result in 2016 is the effect of its attractive and consistent programming offer, including successful autumn schedule of theTV station which offers entertainment, films and TV series, one of the leading news programs, Wydarzenia (”The News”), as well as thrilling sports coverage. Other items which also had influence on 2016 results include concerts, e.g. Disco pod gwiazdami (Disco under the stars) and Roztańczony PGE Narodowy (Dancing PGE Arena) (the concerts were also broadcast by Disco Polo Music channel), the 15th anniversary of Neo-Nówka Cabaret or Sylwestrowa Moc Przebojów Katowice 2016 (the 2016 New Year’s Eve Hits Night in Katowice). From June 10 to July 10 the TV station wass broadcasting the UEFA Euro 2016 football championships organized in France. All in all Polsat broadcasted as many as 24 tournament matches. The matches which attracted the biggest audiences were the ones played by the Polish team, including: Poland – Portugal (6.9 million), Poland -Germany (5.5 million) and Poland - Ukraine  (5.1 million).

Out of the remaining Polsat Group channels, the ones that recorded the biggest audiences in the commercial group were Czwórka (TV4) – 3.65% and Polsat 2 – 1.44%. Out of the smaller channels, historically highest audience shares were achieved by Szóstka (TV6) – 1.72%, Polsat Film – 0.79% (a channel with an interesting offer of feature films), Disco Polo Music – 0.27% (summer concerts, including Disco Hit Festival Kobylnica) and Polsat Play – 0.67% -  (mainly thanks to continuation of the cult documentary TV series Chłopaki do wzięcia (Eligible Guys) and two successful new series Drwale i inne opowieści Bieszczadu (Lumberjacks and other stories from Bieszczady) and Łowca pedofilów (Pedophile Hunter).

2016 ended successfully also for the whole Polsat Group. Audience share of 24.9% in the commercial group gave it the leading position and the Group’s channels achieved very high audience shares, i.e. 22.7%, in all viewers category.

The content offered by the Group is attractive and diversified thanks to the following factors:

The Polish TV market remains dominated by the four largest terrestrial channels: TVP1, TVP2, TVN and POLSAT, which collectively had 41.1% of the aggregate audience share in the commercial group in 2016. In 2016, further significant fragmentation of the TV market was observed. The importance of smaller broadcasters available on the multiplexes was growing, mainly at the expense of the abovementioned four largest TV channels available earlier in analogue terrestrial television.

TVP Group broadcasts 12 channels, including TVP1 and TVP2, and is one of the main players on the Polish TV advertising market. In 2016, the main channels of TVP Group had 7.4% (TVP1) and 7.2% (TVP2) all-day audience shares. The technical reach of both channels reaches 99.9% of TV households in Poland. TVP’s thematic channels had 7.6% audience share. Except advertising revenue, as the national stateowned broadcaster, TVP receives additional revenue from license fees mandatorily charged to Polish citizens owning TV or radio sets under the License Fees Act of April 21, 2005. Given the regulations preventing TVP from interrupting programs to broadcast advertising, which significantly decreases its advertising inventory, TVP group generated only 25.6% of its revenue from license fees in 2016..

Currently, digital television is offered in Poland within four free multiplexes and one pay multiplex dedicated to TV for mobile devices. It is expected that the process of digitalization in Poland may involve six multiplexes..

In addition to nationwide multiplexes, channels can be broadcast through local multiplexes. Currently, five such multiplexes are in operation.

Sale of advertising air-time/space and sponsoring activities are the key sources of revenue for our broadcasting and television production segment (they accounted for approximately 77% of the revenue in 2016). In the case of TV advertising, there are two basic types of communication: commercial spots sold in commercial blocks and sponsoring of advertising programs in the form of on-screen credits that accompany teasers of the sponsored programs and are also presented before and after these programs as well as during commercial breaks.

The second largest source of our revenue in our broadcasting and television production segment after commercials and sponsoring, are the agreements with cable TV networks and satellite TV operators to broadcast our channels, which comprised 17% of total revenue in this business segment in 2016. Sale of content via Internet, through our IPLA online television, is yet another source of revenue of Telewizja Polsat Group

Biuro Reklamy Polsat Media is responsible for sales of our advertising time, sponsorship, campaign planning, aftersales analysis, market research and analysis, development of new products and, most importantly, enhancing our relationships with existing and potential advertisers. In addition to providing advice on the scheduling of advertisements on our channels, Polsat Media Biuro Reklamy sales force cooperates closely with advertisers to design special campaigns, such as sponsorship campaigns and related crosspromotional opportunities.

GRP prices are established for the channel or group of channels each month during a calendar year by Polsat Media Biuro Reklamy advertising sales team and GRP delivery is guaranteed..

In 2016 Polsat Group’s advertising sales office, Polsat Media, was once again very highly appreciated in the ranking of TV advertising sales offices which was prepared by Millward Brown at the request of Media & Marketing Polska magazine. In the above mentioned ranking, Polsat Media earned the highest scores in the three dimensions which are the most crucial from the point of view of media houses, out of the eight dimensions presented, namely: “I trust them – they offer me the feeling of security,” “fast and exhaustive responsive to a brief,” and “they act flexibly and efficiently when changes occur in an advertising campaign.”

The Polish TV ad market is characterized by a high level of TV consumption. In 2016 the average daily TV viewing time among the surveyed population remained at a very high level, estimated at 262 minutes. Considering such a high average TV viewing time, it is justified to assume that the TV market will continue to be an attractive communications platform for advertisers.

Based on the data from Starcom, we estimate that in 2016 we captured 26.9% (YoY-y increase by 1.1 p.p.) of the Polish TV advertising market which is worth approximately PLN 4 billion. Advertising power ratio (measured as the ratio of advertising market share to total individual audience share in the All 4+ audience group) was 1.08 in 2016.

Zenith media house forecasts that TV ad spending in 2017 will grow by approximately 0.7%. Given that TV is a highly effective advertising medium and bearing in mind the relatively low level of advertising expenditures in Poland, as a percentage of GDP and per capita in comparison to other European markets, there is still a substantial growth potential for TV advertising in Poland in the long term.. If we look at the relations between these ratios on other European markets, we will see that the Polish ratio (0.37%) is distinctly lower than the ratios in such countries as the United Kingdom (0.89%), Slovakia (0.71%), Germany (0.64%), the Netherlands (0.57%) or the Czech Republic (0.54%).

As the leading commercial broadcaster and producer of TV content, Telewizja Polsat uses state-of-the-art technologies and relies on latest equipment. The main picture format is the High Definition 1080i50 standard. Since 2013 production and broadcasting have been based on electronic circulation of materials, which effectively speeds up and simplifies editing and transfer of materials, as compared to materials recorded on tape, and it concurrently offers additional possibilities of expoitation of the materials, such as offering it as VOD or on mobile devices. The main components of our technical resources include:

The Digital Filmmakers Zone is an integrated digital platform launched by us in May 2016, which facilitates direct communication with filmmakers, screenwriters and producers.

Digital Filmmakers Zone is a tool by means of which Polsat Group aims to implement plans intended to increase the involvement of its companies in film production, co-production and distribution, in order to expand the Polish offer and make it more attractive, as well as to increase the cinema audiences who consciously select Polish productions.

Four projects, in which Polsat Group intends to invest in near future, were selected in September 2016. As a result of coopertion of the programs originators with filmmakers, viewers will see a biopic of Anna Przybylska, a story inspired by the life of a sportsman Jerzy Górski, a funny animation based on cult comic strip and a comedy about the life and the problems of a 30-year single woman.